I’ve been participating in Veeam’s webinars and training sessions on the upcoming v11 release and am impressed with all that the Veeam team has packed into it. To start off, I want to give the general focal points for this new release:

Continuous Data Protection (CDP) – This has been Veeam’s number one requested feature. Essentially, this allows Veeam Backup and Replication to enable near-zero RPOs on highly critical, or highly transactional, backups. Our team will be looking to deploy this for customers who use SQL or who have data that they cannot be without for longer than a minute. It is enabled per backup job as a check box and has customizable RPOs, so we can now offer customers near-zero RPOs, as opposed to minutes, for their transactional databases. It is considered an instant fail-over to the most recent state or point-in-time.

Archive Tier and SoBR Enhancements – Veeam has made a lot of enhancements to their SoBR (Scale-out Backup Repository) technology. Formerly, Veeam had two tiers of storage for SoBRs, Performance and Cloud, they have added a third and renamed the Cloud tier.

The three tiers are: Performance Tier, Capacity Tier, and Archive Tier. I’ll explain each in detail below:

All of this data movement can be automated based on the tier-based and policy-based SoBR management.

A use-case scenario would look like this: We have a backup SLA for a customer requiring 30 day on-site retention and one-year off-site retention. When a new backup is run, the most recent point is pushed to Performance Tier SoBR, which will automatically push the previous day backup from Performance Tier to Capacity Tier. The last 29 days of backups live on the Capacity Tier storage, with older backups aging out to the Archive Tier.

Expanded Instant Recovery – This is something I’m really excited about. Veeam Instant Recovery now supports SQL and Oracle Databases, regardless of size, to be pushed immediately back into production. On top of that, they’ve added NAS File Share instant recovery, giving Veeam the ability to push entire file shares right back onto the production NAS. The other great addition in v11 is expanded Hyper-V support. Not only is it supported, but ANY Veeam backup can be instantly restored to Hyper-V, which is really useful as a migration tool to go from vCenter or vCD backups to Hyper-V. Even in a worst case scenario, pushing backups to Hyper-V, we will keep customers up and running. 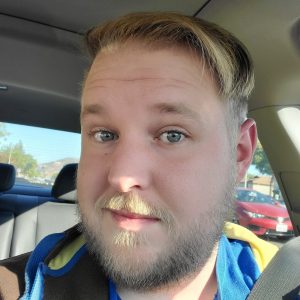 He is a Veeam Technical Sales Professional.

He is a Veeam Technical Sales Professional.

NFINIT provides managed cloud and  infrastructure solutions optimized for any workload and any business.